Cardano (ADA) is rebranding ahead of the highly expected smart contracts rollout coming up before the end of this year.

Today, the cryptocurrency platform launched a new website as part of the deliverables of Project Renovare, an appraisal exercise fronted by the Cardano Foundation, McCann Dublin, and the IOHK marketing team.

The new website is going to be undergoing continuous modifications from time to time and more languages are expected to be added to the website. The website now has better visualization and navigations and comes with refreshed typography and color palette.

The new brand identity was applied to the website the same way it will reflect during the upcoming Cardano Virtual Summit: Shelley Edition collaterals, and some other areas denoting Cardano’s trademark.

The website, according to Cardano, was designed to offer a user-centered platform with decent visuals.

Now, everything about Cardano comes under a single domain –cardano.org. This will not only make it possible for people to access information about Cardano directly from the team, but it will also concentrate on Cardano’s resources.

The newly rebranded Cardano.org is designed to offer information ordered by use cases, applications, and categories and will also help tackle the widespread of fake information about the Cardano Foundation and ADA token.

The rebranding is an outcome of the Cardano-McCann partnership sealed 2019 where it was agreed that McCann will offer diverse brand ideas to Cardano for wider reach.

April 4, McCann exhibited its branding and marketing ideas for the Cardano Foundation, Hoskinson said. The new marketing and branding ideas are to repackage Cardano for the world and showcase what the blockchain platform is capable of doing.

At the time, Hoskinson said the rebranding will come hand in hand with the launch of the game-changing Shelley Mainnet.

The Cardano team has said it will release the code for its Shelley upgrade as it finally readies to completely moves into the decentralized “Shelley” era.  The Shelley upgrade will make Cardano scalable and decentralized, bringing the blockchain network into a new era which is gradually being rolled out since yesterday.

Cardano says it is hosting a virtual summit that will feature Google vice-president Vint Cerf who’s among the fathers of the internet.

The summit will feature several people from within the blockchain and the general tech space. It promises to discuss the importance of Shelley among other germane issues. 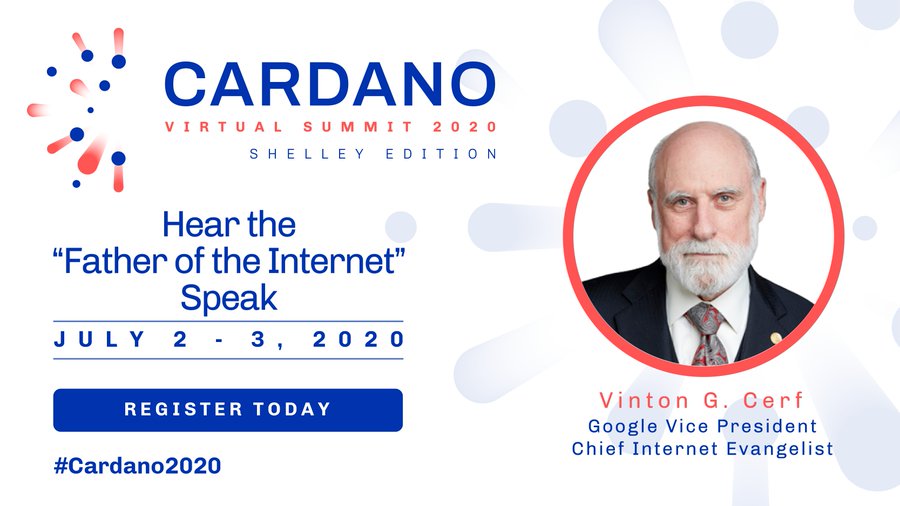 Cardano’s enthusiasts have however, been informed to exercise patient as the Shelley era will not be completely rolled out until the July 29 hard fork and the maiden staking rewards on the Cardano blockchain will happen on 18 August during which it will be possible for holders of Testnet rewards to move their funds to the Mainnet.

Cardano, before the present rebranding move, has had a rigorous rebranding that cut across all its platform in 2018. During this period, Cardano said it decided to completely overhaul the design of its websites and the whole information shared on the platforms.

During this period, Cardano launched the refreshed Cardano roadmap 176 and released Gource, a data visualization idea by the IOHK team.

Analyst Explains why Bitcoin Price Could Crash to $6,400